What is the difference between switch and socket? 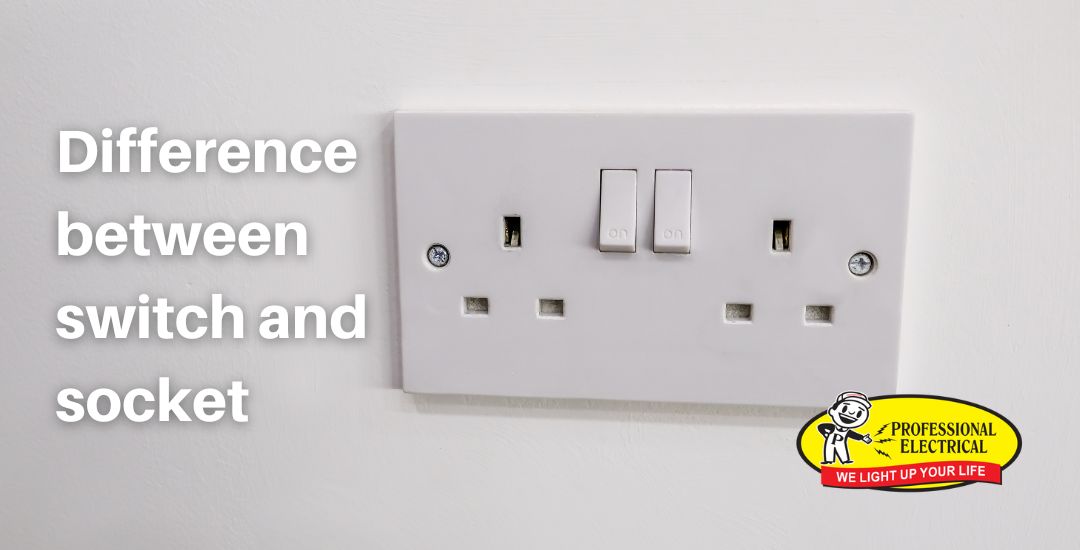 When you need to add light to your home or office, you might think about adding a light switch or a socket. Both of these devices can be used to control the power supply to an electrical lighting fixture, but they are very different and serve different purposes. Understanding the differences between a switch and a socket can help you choose the best option for your space.

To increase safety and reduce the risk of shock, it’s advisable to have all exposed wiring in your home accessible from an electrical panel so that you can shut off power when necessary. When installing new lights, dimmers, outlets, or switches, it’s essential to understand how each device operates and how they connect to the wiring in your home so that everything is safe and efficient. Read on to learn more about the difference between a switch and a socket.

Switches that actuate different characteristics of the circuit.

There are many types of switches available in the market, and every type has its function, but toddle or toddler switches are widely used at home to give electricity to light, fans, and other devices. Mercury or silent switches are also used at home to control the electricity of lighting. The oil switch has its live part immersed in oil that reduces arcing. The aggregate of switching, also known as circuit breaking tool, is usually installed in power stations or transformers.

Suppose your switch is not working correctly. Then you must consult an electrician for relocation and repair service in Edmonton. An electrician will detect and solve the issue of your switch.

How do switches and sockets work in an electrical circuit?

The electrical switches work as per their design. For example, on/off toggle switches are most common worldwide. The three-way circuit and dimmer circuit work off of a similar switch design. Three-way circuits are made up of two switches that control a single device like a lamp or fan. On the other hand, the dimmer circuits only circulate the amount of electricity they earn.

Each socket hole performs a different task to provide efficient current to your electrical appliances.  The hot hole is connected to the wires that supply the electric current. On the other hand, a neutral hole is linked to the line that provides electricity to the breaker box. When an electric appliance, such as a light, is plugged in. The current flows into the lamp through the hot hole of the socket, and the current turns on the lamp’s light bulb. The current comes back with the help of a neutral hole to complete a circuit. When you unplug the lamp, the circuit will break, and the lamp bulb will turn off.

Suppose you think any electrical socket at your house is not working correctly. Then it would be better to consult an electrician for relocation and repair service in Edmonton before the minor issues in the socket become major.